Approximately 2% to 6% of men who’ve had a vasectomy eventually wish to regain their fertility. Although a vasectomy has long been considered an irreversible form of contraception, this is no longer the case.

If a man wishes to have children with his partner following a vasectomy, he has two options:

Generally, a vasectomy reversal is the preferred option. Unlike artificial fertilization techniques, it has a high success rate and carries a low risk of complications.

The wait time for a vasovasostomy at Dr. Marois’ clinics is generally a few weeks. The first step however, is an initial consultation with both partners present. The procedure itself is performed at a second appointment.

Prior to the vasectomy reversal , an initial consultation at which both partners are present is conducted. The procedure itself is performed at a second appointment.

Please note that vasovasostomies are done in an unaffiliated private clinic and can’t be reimbursed through the Regie de l’assurance maladie du Québec (RAMQ). 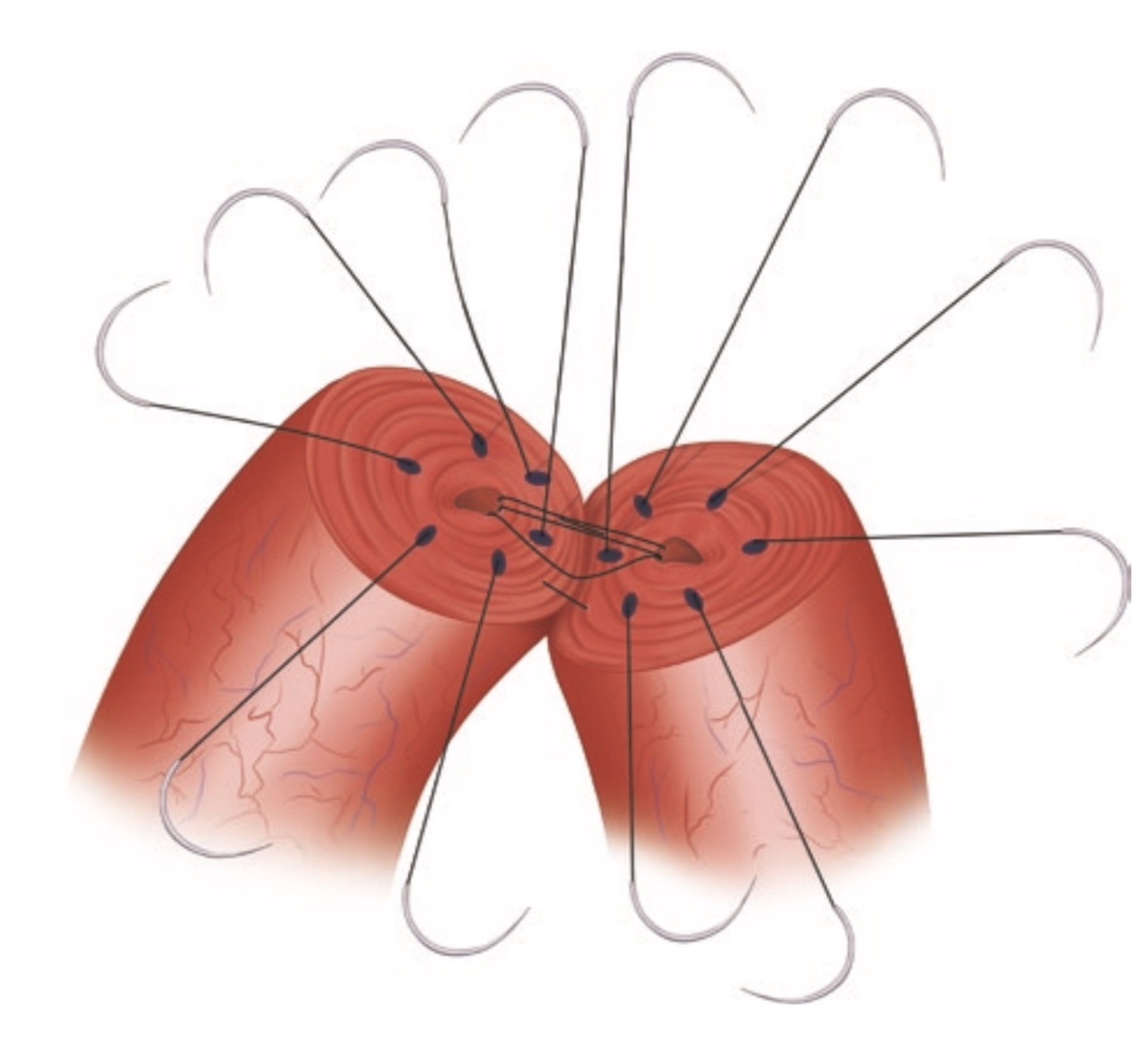 Please note that vasovasostomies are performed exclusively in a non-participating private clinic to the RAMQ. They are not reimbursable by the RAMQ.

Is a vasectomy reversible?

The desired outcome of a vasectomy is to prevent sperm from passing through the vas deferens, which are ducts in the testicles that carry the sperm to the ejaculatory ducts. During the procedure, each duct is cut and tied. As a result, the ejaculate no longer contains any sperm and the unused sperm gradually degenerate and die away.

The answer is YES. A vasectomy reversal is quite an extensive and lengthy surgery under a microscope, but it is possible and Dr Marois has been thriving at it.

During a vasovasostomy the severed segments of the vas deferens are reconnected. Sometimes, the procedure is not possible for anatomical reasons. In such cases, the vas deferens can instead be connected directly to the epididymis (a tube at the back of the testicles that stores the sperm produced by the testicles). This operation is called a vasoepididymostomy and is more technically complex than a vasovasostomy.

What’s the success rate for a standard vasectomy reversal?

What are the chances of pregnancy after a vasectomy reversal?

According to statistics from the American Society of Reproductive Medicine, the chances of having a baby after a vasovasostomy are very favourable when the operation is done within three years following the vasectomy. The patency rate is 95% and the pregnancy success rate is 75%.

When the interval between the procedures surpasses 15 years, the patency rate is 70% and the pregnancy success rate is 30%. This lower success rate is primarily due to the fact that, as time passes, the narrow, coiled tube of the epididymis becomes increasingly at risk of incurring damage. This damage is mainly the result of pressure resulting from the constant buildup of fluids and sperm produced in the testes. Although this doesn’t always cause visible damage, scar tissue may form at the site of the epididymal rupture and present an additional obstacle in the path of the sperm.

Another statistic from a study in the Canadian Urological Association Journal (November 2007, Vol. 1, No. 4, pp. 388-393) evaluating the success factors for a vasovasostomy clearly demonstrated a progressive decrease in the patency rate and the pregnancy success rate relative to the interval of time between the vasectomy and the vasovasostomy.

Does the age of the patient influence the success rate of the vasectomy reversal?

The age of the patient has little bearing on the success rate of the vasectomy reversal. Conversely, the age and reproductive potential of his partner has a major impact on whether or not the procedure results in pregnancy.

What are the possible complications after a vasectomy reversal?

There is no influence on the patient’s sexuality.

How long does it take for a couple to achieve pregnancy following a vasectomy reversal?

On average, it takes 12 months for the patient’s partner to become pregnant following the vasectomy reversal. However, couples in their twenties may be able to achieve pregnancy within a few months. In some cases, it can take up to two years for the patient to regain fertility.

However, it’s important to note that it may be more difficult to get a partner pregnant after a vasovasostomy than it was in the time prior to the vasectomy. Specifically, this is the case when (a) fibrosis in the vas deferens or epididymis is extensive, (b) the quality of patient’s sperm has degraded, or (c) antisperm antibodies are present in the patient’s ejaculate. As a general rule, a man’s reproductive potential after a vasovasostomy is weaker than it was prior to the vasectomy.

What can you do to improve semen quality after a vasectomy reversal?

First and foremost, maintain a healthy lifestyle. Obesity is damaging to the overall health of men and women alike. In addition, alcohol abuse, inadequate nutrition and smoking can all have harmful effects on sperm production. Keep in mind that dieting and refraining from drinking and smoking is easier to achieve when one's partner adopts the same resolutions.

Our patients are also encouraged to steer clear of medications that can degrade semen quality, such as H1 antagonists (used as treatment for gastric ulcers, among other conditions), antibiotics of the macrolide and nitrofuran family, anti-epileptics (valproate), anti-retrovirals (Salazopyrin), ketoconazole (Nizoral) and colchicine. Furthermore, most testosterone supplements should be given a miss.

If possible, you should also avoid periods of abstinence. Numerous studies indicate that the sperm become less fertile when the man has not engaged in sex for more than three days.

Another thing to remember is to not allow the testicles to have repeated and prolonged exposure to high temperatures. Testicles are meant to have a temperature of around 35°C; higher temperatures can degrade semen quality. This fact is especially relevant to cooks, bakers, metalworkers, truck drivers and other individuals whose work exposes them to heat. Note also that a high fever can cause a significant and prolonged drop in sperm production (for about two to three months).

Other things to avoid: hot baths, tight-fitting underwear and pants, and placing your computer on your lap.

Exposition of the perineum or testicles to microtrauma: avoid activities such as mountain biking, ATV riding and horseback riding.

Taking multivitamins. Certain products have been shown to increase the reproductive potential of men with abnormal sperm. Products with antioxidant properties, such as vitamin C, vitamin E, zinc, selenium and folic acid can improve semen quality. Taking a vitamin supplement that includes all these ingredients is generally a good idea.

One good option is PROfortil™, a multivitamin containing18 vitamins and minerals that work together to improve semen quality. It’s frequently used in fertility clinics. Moreover, five European studies have demonstrated its benefits. Notably, in a controlled study of 205 patients, it was shown to produce benefits across all the major parameters of semen quality: ejaculate volume, sperm count, motility and morphology. Furthermore, after only three months of taking PROfortil™, 26% of men got their partner pregnant. This drug can only be obtained online — for example, through the Canadian website, conceptionplus.ca.

In addition, there are medications that improve semen quality. Clomid (whose generic name is clomiphene citrate) is the most commonly used fertility drug among women; however, it also stimulates sperm production in men with low sperm motility, low sperm count and overall poor semen quality. Specifically, clomid blocks the effect of estrogen on the pituitary gland, resulting in an increase in levels of follicle stimulating hormone (FSH) and luteinizing hormone (LH). Higher levels of these hormones increase testosterone production, which, in turn, can increase sperm count and overall semen quality. Clomid comes in tablet form and the patient takes it orally every day, generally with an initial dose of 25 mg, or half of a 50 mg tablet.

Dr. Marois closely monitors his patients’ hormone levels to ensure that they remain within the ideal target range, as too much testosterone can decrease sperm count. It can take three to six months before sperm production is improved. Sperm analysis tests are necessary during this period. Once sperm production reaches normal levels, the treatment can be suspended.

What anesthetic is used during a vasectomy reversal?

What can patients expect to happen during a vasovasostomy?

How much does a vasectomy reversal cost?

Note that this surgery requires an initial consultation. The fee for this appointment is not included in the price of the procedure itself.

After the consultation, a surgery can be scheduled for some time within the next few weeks.

All vasectomy reversal surgeries are performed at our Montreal and Quebec clinics.

The fee for a bilateral vasovasostomy covers the use of a minor surgery room, with the assistance of one or two nurses for about 3,5 hours. It’s a microsurgery that uses very small sutures and is carried out using a high-precision surgical microscope.

Included in the price of the procedure are a telephone follow-up appointment conducted by a nurse and all needed post-operative visits (for the two months following the surgery) in the event of complications. Also included are updates with a nurse regarding the semen analysis, one at three months and one at six months after the operation.

Dr. Marois is an experienced urologist who’s performed many vasectomy reversals. Contact us to learn more about vasectomy reversal procedures or to schedule a consultation at a private urology clinic in Montreal, Laval, Greenfield Park or Quebec City.