This therapy primarily consists of replacing progesterone in postmenopausal women who haven’t had a hysterectomy.

While this treatment is almost always offered in combination with bioidentical estrogen replacement therapy, it can also be administered on its own.

Micronized bioidentical progesterone therapy has several benefits, including improving menopausal symptoms. This therapy is safe and has very few side effects. 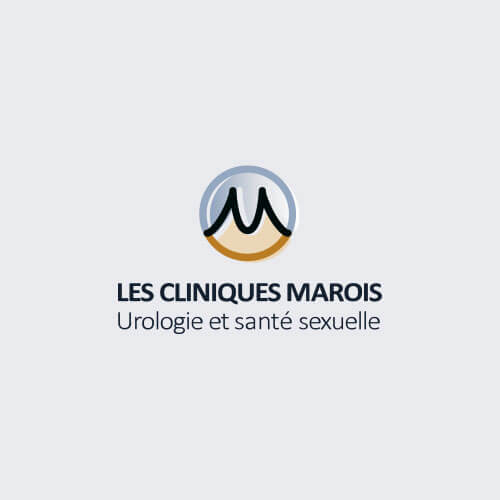 Bioidentical progesterone consists of using plant hormones that are molecularly identical to human hormones. The term “bioidentical” indicates that the hormones contained in the product are chemically the same as those produced by the human body. In fact, the hormones used in bioidentical drugs are no different from those used in traditional hormone therapy.

The term “natural” indicates that the hormones in the product come from plant or animal sources and aren’t synthesized in a laboratory.

Prometrium progesterone is made in a laboratory using yams or soybeans. It’s the most commonly prescribed type of natural micronized progesterone and is available in 100- or 200-milligram capsules. Prometrium is made with peanut oil to improve absorption, and it should be taken orally at bedtime. If you’re allergic to peanuts, some specialty compounding pharmacies offer alternative forms in different types of oil capsules that can be ordered at Cliniques Marois.

The only contraindications for administering progesterone are rare autoimmune allergic reactions. It also interacts with antiepileptic drugs that are metabolized rapidly by the liver.
What’s the physiology of bioidentical progesterone?
Progesterone is produced by the ovaries and the adrenal glands.

Approximately 95 to 98 per cent of progesterone in the bloodstream is protein-bound, with the majority being attached to serum albumin. Oral administration increases the plasma levels of active progesterone metabolites.

Research into the physiological effects of progesterone began in the early 20th century. For a long time, it was believed that oral progesterone had limited efficacy, as its bioavailability was greatly reduced due to limited absorption. This led to the use of synthetic hormones, as they’re more resistant to hepatic degradation. However, synthetic hormone therapy is associated with:

Advances in micro-ionization and progesterone suspension in oil solutions led to new data that demonstrated the bioavailability of oral progesterone.
What are the effects of bioidentical progesterone in postmenopausal women?
Progesterone has several effects on the reproductive system and mammary glands. This means that there are significant implications on its potential therapeutic use.

These effects indicate several areas where progesterone may be beneficial.

Effect of bioidentical progesterone on mood

Bioidentical progesterone has a calming and mood-stabilizing effect. Synthetic progestins, such as medroxyprogesterone acetate and norethindrone acetate, tend to be associated with a variety of unpleasant side effects.

Several studies indicate that non-diabetic postmenopausal women have significantly lower fasting blood glucose levels and even lower fasting insulin levels during estrogen treatment compared to the placebo groups. Progesterone doesn’t cause significant changes in glucose metabolism. The E3N 63 study also showed that administering transdermal estrogen in combination with micronized progesterone significantly reduced the risk of diabetes, even over a significant exposure period. Unlike synthetic estrogen, progesterone has no adverse effects on glucose metabolism.

All existing studies on progesterone show that, in general, the effect of progesterone on blood pressure is neutral and it may even have a slightly antihypertensive effect.

The progesterone administered during the PEPI trial was also neutral regarding body weight, suggesting that progesterone has no effect on this parameter.

Effect of bioidentical progesterone on cholesterol

Effect of bioidentical progesterone on the brain

Progesterone has a significant effect on the body’s central nervous system. Most notably, it produces a sedative effect that’s created by its metabolites, particularly 5α- and 5β-allopregnanolone.

Various studies have tested doses up to 1,200 milligrams. It was found that patients subjectively described feeling fatigued but didn’t notice any significant changes in their psychological or physical performance.

Administering progesterone before bed can therefore be used to treat postmenopausal women with sleep disorders. Studies on Prometrium and sleep have been done in men but not in women. They’ve shown that oral progesterone increases deep sleep by about 15 per cent. Oral progesterone induces deep sleep without the risk of dependence. It also doesn’t suppress respiratory control (like all other strong sedatives) or decrease restorative rapid eye movement (REM) sleep. In fact, it’s safer than any sleeping pill currently available on the market.

Furthermore, one of the biggest differences between progesterone and synthetic hormones is that synthetic hormones aren’t converted into metabolites and therefore have no effect on sleep.
What are the risks of breast cancer with bioidentical progesterone in postmenopausal women?
Ever since the Women's Health Initiative (WHI) study was published, using synthetic hormone therapy to treat menopausal symptoms has been associated with increased rates of breast cancer. In early 2000, the data from the WHI study and the results of the Million Women study led to a sharp decline in hormone treatments for menopausal symptoms.

Synthetic hormones such as MPA and norethisterone, alone or in combination with estrogen, can stimulate breast cancer cells in vitro.

However, bioidentical progesterone, alone or in combination with estrogen, has been shown to have an anti-proliferation, or anti-cancer, effect in the breasts.
How safe is bioidentical progesterone in hormone therapy?
Ever since the WHI trial was published in 2002, there’s been a negative attitude toward hormone therapy. This study looked at the effects of combining both estrogen and progestin (Prempro) to prevent menopausal symptoms. The controversy stems from synthesizing Prempro, which isn’t pure progesterone and is created in a laboratory by pharmaceutical companies. Prempro has been modified and isn’t bioidentical. The study was stopped in 2002 because hormone users had a higher risk of breast cancer, heart disease, stroke and blood clots.

The PEPI trial was the first large study to use oral micronized progesterone to treat menopausal symptoms. In this three-year prospective placebo-controlled study, 875 non-hysterectomized postmenopausal women were chosen at random. Endometrial biopsies were performed in 596 patients after treatment. No negative effects were found in the group of women who received progesterone.

The most recent article published in the Kronos Early Estrogen Prevention Study (KEEPS) in 2011 indicated that progesterone has a positive effect on cognitive function. It also determined that progesterone has a protective effect on the cardiovascular system. The risk of breast cancer didn’t increase in postmenopausal women compared with the placebo group. Rates of endometrial cancer, stroke, myocardial infarction and thromboembolism also remained unchanged.
What are the benefits of bioidentical hormone replacement therapy using micronized bioidentical progesterone?
The primary role of micronized bioidentical progesterone is to protect the uterus from continued exposure to estrogen.

Oral bioidentical progesterone improves hot flashes and night sweats. In addition, many women have reported feeling calm and found it easier to sleep after taking micronized progesterone as part of their estrogen treatment.

Micronized progesterone has few to no side effects compared to synthetic progestins, such as Provera (medroxyprogesterone acetate).